The 2022 Red Mass, our Annual Signature Event, will be held on Thursday, Oct. 13, 2021, from 11:00 am - 12:00 pm at the Basilica of the Sacred Heart of Jesus. The Mass is immediately followed by the traditional Red Mass Luncheon at the Capital City Club Downtown, from 12:00 - 1:30 pm. While attendance for the Mass is free and open to the public, REGISTRATION IS REQUIRED to attend the Luncheon. Tickets are $50.00 for non-members. Paid Members, sitting judges, and clergy will receive FREE complimentary registration, but are still required to RSVP for a head count. SPONSORSHIPS ARE AVAILABLE. To register, please click on the button below. 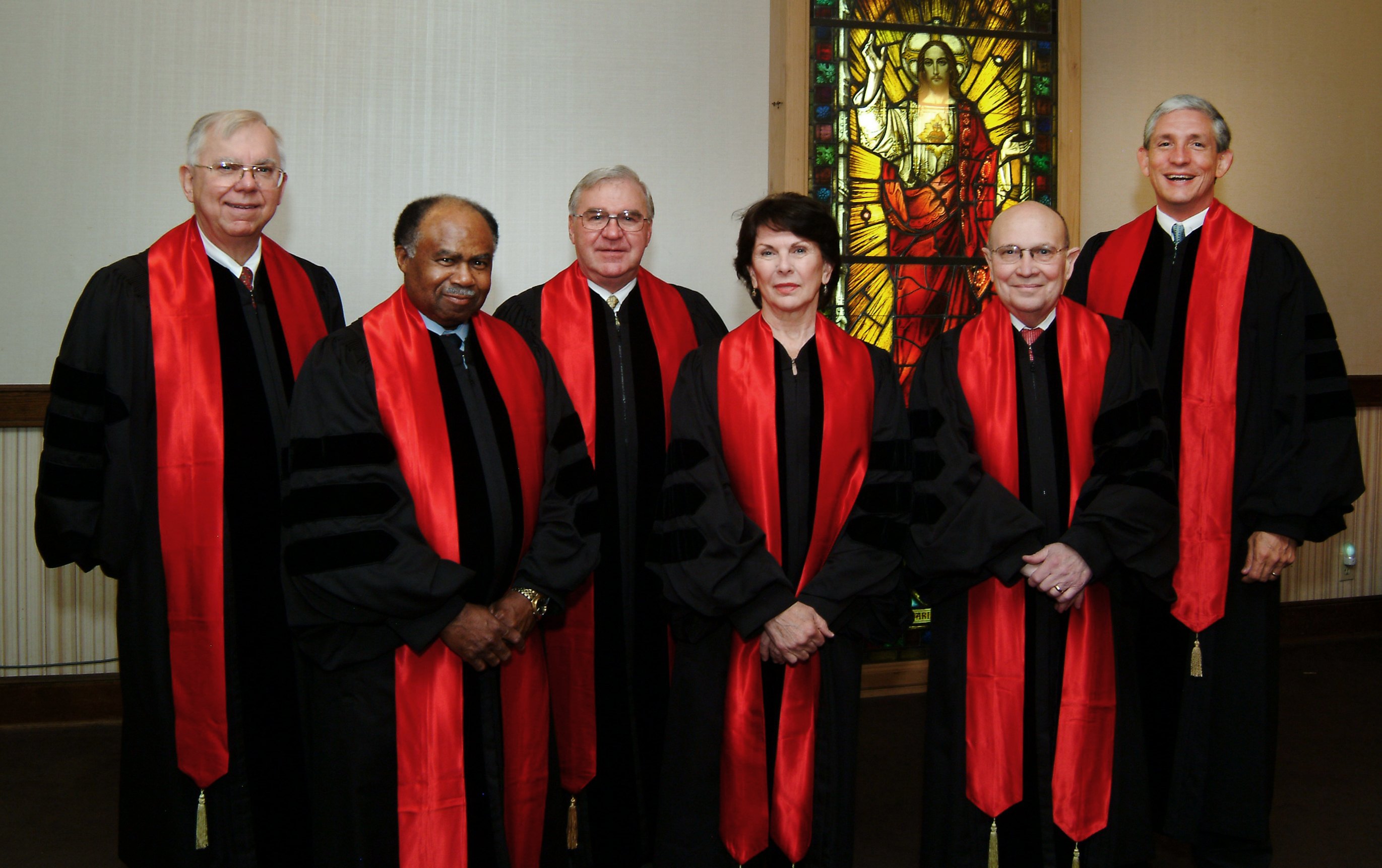 The Red Mass tradition began more than 750 years ago in Europe.  Its name refers to the scarlet robes of the judges who attended the Mass centuries ago, as well as the color of the vestments worn by those celebrating the Mass.  Since the Middle Ages, English judges and lawyers have celebrated The Red Mass to pray for the courts and for justice.  Even today, The Red Mass is celebrated annually in England at Westminster Cathedral to celebrate the beginning of the new judicial year.  Ecclesiastical canon lawyers and judges also celebrate The Red Mass to invoke God’s blessings.

The first recorded Red Mass celebration in the United States was in 1928 at St. Andrew’s Church in New York City.  Since then, The Red Mass has been celebrated in an increasing number of cities across the country.  The Washington, D.C. Red Mass has been especially noteworthy since that city’s celebration began in 1953, when the Most Reverend Patrick Cardinal O’Boyle, Archbishop of Washington, D.C., celebrated the first Red Mass at the Cathedral of St. Matthew the Apostle.  The President of the United States, members of the United States Supreme Court, judges, Cabinet officials, Members of Congress, and diplomats customarily attend the annual Red Mass in Washington, D.C., on the Sunday before the opening of the Supreme Court’s new October term.

At The Red Mass, we publicly invoke God’s blessings upon those entrusted with the administration of justice, and upon all public officials who serve the common good.

Since 1995, Atlanta’s St. Thomas More Society has embraced this tradition by sponsoring the Red Mass. The Red Mass has now become a regular event in Atlanta’s legal calendar.